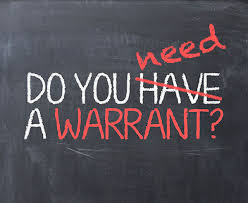 The underlying facts were as follows:  The detectives gathered substantial evidence to establish probable cause that Theodore Payton had murdered a gas station employee.  Based on that evidence, six police officers went to and entered Payton’s apartment, but found no one was present at the apartment.  The officers did, however, find a .30 caliber shall casing that was in plain view and that casing was later admitted into evidence at Payton’s murder trial over his objection.

In a 6-3 opinion, the Court held that the police officer’s warrantless and nonconsensual entry of Payton’s apartment without any exigent circumstances was repugnant to the Fourth Amendment that applied to states through the Fourteenth Amendment.

The Court noted that, “[t]he simple language of the [Fourth] Amendment applies equally to seizures of persons and to seizures of property.  It is a ‘basic principle of the Fourth Amendment law’ that searches and seizures inside a home without a warrant are presumptively unreasonable.  Yet it is also well-settled that objects such as weapons or contraband found in a public place may be seized by the police without a warrant.” The Court held that absent exigent circumstances, a warrantless entry of the home to search for weapons is unconstitutional even when a felony had been committed and there was probable cause to believe that incriminating evidence was present on the premises.  The Court noted that neither “history nor this nation’s experience requires us to disregard the overriding respect for the sanctity of the home that has been embedded in our tradition the origins of the Republic.”