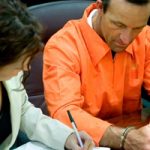 The Escobedo Rule, promulgated by the U.S. Supreme Court in Escobedo v. Illinois, provides that when a law enforcment investigation starts to narrow in on a particular suspect, that suspect is considerd to be in custody and, if he/she requests but is denied counsel, and the officers have not warned him/her of his/her right to remain silent, the suspect is considered to have been denied his/her Sixth Amendment right to counsel and any statement elicited during such questioning is excluded under the Exclusionary Rule.