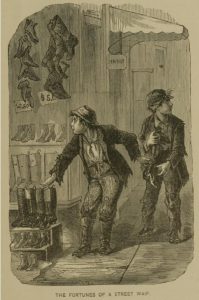 Torts.  Unauthorized and unjustified interference with the dominion and control of another’s property.

To prove conversion, a plaintiff must establish each of the following elements:

Conversion is the wrongful exercise of dominion over the property of another. The elements of a conversion claim are: (1) the plaintiff’s ownership or right to possession of the property; (2) the defendant’s conversion by a wrongful act or disposition of property rights; and (3) damages.

In a broad general sense, “recovery” is defined as the regaining of that which has been lost, missing, or taken away. (76 C.J.S., Recovery, § 76, p. 171.) In a narrower legal sense, it means “the obtaining [by judgment] of some right or property which has been taken or withheld from him.” (76 C.J.S., Recovery, § 76, p. 172.) The relationship between “recovery” and “conversion” has been explained by the California Supreme Court in Kelly v. McKibben (1880) 54 Cal. 192 as follows: “The distinction between this action [to recover possession, or the value in case a delivery cannot be had] and one to recover damages for the wrongful conversion of personal property, is just as broad as that between the common-law actions of detinue an trover.[[3] ] . . . One lies for the recovery of the property itself, with damages for the wrongful detention of it, the other for the recovery of damages for the wrongful conversion of it. In the former case the judgment must be for the possession of the property, if a delivery can be had, or for the value thereof, if a delivery cannot be had, with damages for the detention, in either case.” (At p. 195.) (Kelly v. McKibben, supra, 54 Cal. 192, 195 (italics in original); see also Peterson v. Sherman
(1945) 68 Cal.App.2d 706, 711 [157 P.2d 863].)

“Recovery” and “conversion” are thus separate causes of action with separate remedies. Both are intentional causes of action which give no consideration to the defendant’s standard of care or state of mind. (See Poggi v. Scott, supra, 167 Cal. 372, 375 Riverside Portland Cement Co. v. Taft (1923) 192 Cal. 643, 648 [221 P. 357].) Here, Taylor’s action is not for “recovery” or “conversion,” but for negligence and breach of contract. Accordingly, we are inclined to believe that the provisions of section 341a do not apply to Taylor’s cause of action.

[I]t is generally acknowledged that conversion is a tort that may be committed only with relation to personal property and not real property.

(1) “Conversion is the wrongful exercise of dominion over the property of another. The elements of a conversion claim are: (1) the plaintiff’s ownership or right to possession of the property; (2) the defendant’s conversion by a wrongful act or disposition of property rights; and (3) damages. Conversion is a strict liability tort. The foundation of the action rests neither in the knowledge nor the intent of the defendant. Instead, the tort consists in the breach of an absolute duty; the act of conversion itself is tortious. Therefore, questions of the defendant’s good faith, lack of knowledge, and motive are ordinarily immaterial. [Citations.]” (Burlesci v. Petersen (1998) 68 Cal.App.4th 1062, 1066 [80 Cal.Rptr.2d 704].) The basis of a conversion action “`rests upon the unwarranted interference by defendant with the dominion over the property of the plaintiff from which injury to the latter results. Therefore, neither good nor bad faith, neither care nor negligence, neither knowledge nor ignorance, are the gist of the action.’ [Citations.]” (Ibid.)

“Conversion is generally described as the wrongful exercise of dominion over the personal property of another. [Citation.] The basic elements of the tort are (1) the plaintiff’s ownership or right to possession of personal property; (2) the defendant’s disposition of the property in a manner that is inconsistent with the plaintiff’s property rights; and (3) resulting damages. [Citation.]” (Fremont Indemnity Co. v. Fremont General Corp. (2007) 148 Cal.App.4th 97, 119 [55 Cal.Rptr.3d 621].) “Conversion is a strict liability tort. The foundation of the action rests neither in the knowledge nor the intent of the defendant. Instead, the tort consists in the breach of an absolute duty; the act of conversion itself is tortious. Therefore, questions of the defendant’s good faith, lack of knowledge, and motive are ordinarily immaterial.” (Burlesci v. Petersen (1998) 68 Cal.App.4th 1062, 1066 [80 Cal.Rptr.2d 704].)

The rule of strict liability applies equally to purchasers of converted goods, or more generally to purchasers from sellers who lack the power to transfer ownership of the goods sold. (See, e.g., State Farm Mut. Auto. Ins. Co. v. Department of Motor Vehicles (1997) 53 Cal.App.4th 1076, 1081 [62 Cal.Rptr.2d 178] [“One who buys property in good faith from a party lacking title and the right to sell may be liable for conversion.”]; Culp v. Signal Van & Storage (1956) 142 Cal.App.2d Supp. 859, 861 [298 P.2d 162] [“One who, though honestly and in good faith, purchases personal property from one having no title thereto or right to sell the same is guilty of conversion.”].) That is, there is no general exception for bona fide purchasers.

The case of Strasberg v. Odyssey Group, Inc. (1996) 51 Cal.App.4th 906 [59 Cal.Rptr.2d 474] provides a good example of the recent application of these doctrines. After Marilyn Monroe’s death, the special administrator of Monroe’s estate retained and wrongfully concealed a number of items of value, which she later passed on to her own relatives, one of whom consigned them to the defendant auction house for sale. (Id. at pp. 912-913.) The evidence in the action against the auction house for conversion and return of the items was that the auction house had obtained possession of the items without knowledge that they were originally stolen from the estate. (Ibid.) But the Court of Appeal held that the auction house’s knowledge and good or bad faith were irrelevant to its liability for conversion. “The reason they are defendants in this action … is not because they have committed any wrong themselves nor because [the administrator’s] wrongful intent is imputed to 1182*1182 them. Instead it is because they received possession of the items from one who had no legal title and therefore no right to transfer the items.” (Id. at p. 919, citing Harpending v. Meyer (1880) 55 Cal. 555, 560-561.) Although the defendant was a consignee of converted goods rather than a purchaser of such goods, the case illustrates the point that even when converted goods have changed hands multiple times, an innocent possessor of the goods will still generally be liable for conversion.

The general rule of strict liability for purchasers of converted goods is not new—the California Supreme Court recognized it more than 100 years ago. In Harpending v. Meyer, supra, 55 Cal. 555, the plaintiff deposited certain jewelry with a bailee, who pawned it to the defendants without the plaintiff’s knowledge or consent. (Id. at p. 557.) The court assumed throughout its analysis that the defendants were “innocent bona fide purchaser[s]” (id. at p. 558) but still concluded that when the defendants “acquired the possession of plaintiff’s property by and through the tortious acts of [the bailee], and not otherwise, such possession was tortious from its commencement, and constituted a conversion of the plaintiff’s property ….” (Id. at p. 561; see Swim v. Wilson (1891) 90 Cal. 126, 129 [27 P. 33] [“it is universally held that the purchaser of stolen chattels, no matter how innocent or free from negligence in the matter, acquires no title to such property as against the owner …”].)

(3) Nor is the rule controversial. All leading treatises are in accord: “An innocent buyer from one without title or right to sell is ordinarily liable for conversion.” (5 Witkin, Summary of Cal. Law (10th ed. 2005) Torts, § 716, p. 1039.) “[T]he receipt of possession of converted goods by way of sale, pledge, gift, or otherwise with the intent to acquire a proprietary interest in the goods” constitutes “an act of conversion,” and “[t]his is true even where the person receiving possession acts innocently and in reasonable ignorance of the owner’s interest in the property.” (1 Harper et al., Harper, James and Gray on Torts (3d ed. 2007) § 2.15A, pp. 219, 221; see id., § 2.17, p. 228 & fn. 22 [stating that the same rules apply to a “transferee who accepts delivery of a chattel in consummation of a wrongful transfer by a bailee”].) “Under the traditional common law rule, one who purchases converted goods from one who has no title is himself a converter by the very act of purchase. The purchaser may be wholly innocent, he may pay value for the goods and he may act in good faith. He is nevertheless a converter.” (1 Dobbs et al., The Law of Torts (2d ed. 2011) § 72, p. 202.) “[O]ne receiving a chattel from a third person with intent to acquire a proprietary interest in it is liable without a demand for its return by the person entitled to possession, although he takes possession of the chattel without knowledge or reason to know that the third person has no power to transfer the proprietary interest. The mere receipt of the possession of the goods under such circumstances is a conversion.” (Rest.2d Torts, § 229, com. e, p. 448.)

1183*1183 (4) There are recognized exceptions to the general rule of strict liability. Some exceptions are based on circumstances in which “the person transferring possession may have the legal power to convey to a bona fide transferee a good title,” as, for example, when “a principal has clothed an agent in apparent authority exceeding that which was intended.” (1 Harper et al., Harper, James and Gray on Torts, supra, § 2.15A, pp. 220-221.) Another exception concerns goods obtained by means of a fraudulent misrepresentation. If the party who committed the fraud then sells the goods to “a bona fide purchaser” who “takes for value and without notice of the fraud, then such purchaser gets good title to the chattel and may not be held for conversion (though the original converter may be).” (Id., § 2.16, pp. 223-224, fn. omitted; see 5 Witkin, Summary of Cal. Law, supra, § 716, pp. 1039-1040 [“a purchaser for value and without notice that his or her vendor’s title to the property is voidable, such as where the vendor obtained the property by fraud, is not liable for conversion”].)